When we say something is valuable, it generally means it costs a lot of money.

But what value does money have? And how do we determine its value?

Money doesn’t have any intrinsic value. Yes, in the forex market currencies are bought and sold, and their values tend to fluctuate. But currency values are always relative and never absolute.

Does money have an absolute value that remains constant no matter what?

The simple answer is no.

You may think of money in terms of currency, in terms of assets or in terms of something else, it never has a static value. It cannot because as stated above, it doesn’t have an intrinsic value.

I am sure you know what inflation is. Put simply, it causes commodity prices to go up. But are you familiar with how it affects the value of money?

Keep reading if you are not.

Inflation results from overprinting of paper currency. The value of money remains stable when the amount of money and that of the resources are at a perfect ratio. But there’s always something to disrupt the ratio. The production output of every nation either exceeds that of the previous year or fall behind it. If more money is printed than to keep the ratio balanced, the value of money dips. During inflation, one needs more money to buy something that was earlier available at a cheaper cost. 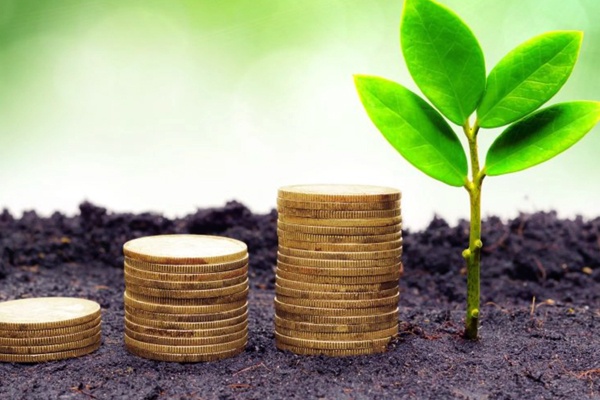 Sadly, everyone wants to make money, but very few know how it works. The mistake that most people make is psychological. They fail to see money as a variable barter unit. They lump money with assets, totally forgetting that money is not an asset at all, in fact, far from it.

The result? They work to earn money and then stash most of the money in their savings account. Their savings overflow while at the same time, the cash supply in the market dries up.

Alongside the closefisted ones, there are those that spend extravagantly. These people are not interested in saving money, and spend most of what they make. While their spending habit creates a demand in the market, they often take loans, sometimes from agencies that hand out unsecured loans.

At the time of writing this article, the United States is having a total debt of $21 trillion. Experts hold subprime mortgage loans and maxing out credit cards as the two leading causes of this debt.

It stands to reason, therefore, that people who spend money lavishly don’t have any clue of what earning money really means either, similar to their spendthrift counterparts.

What it really means

Earning money is difficult, but not as difficult as doing productive things with it afterwards. Channeling money into productive outlets is the true purpose of earning money. Both saving too much and too little defeat this purpose.

At the time of earning money, one needs to have a plan of what they are going to do with it afterwards. There are several budgeting plans to choose from. Managing money becomes far too easier when earning and budgeting are in sync.

Budgeting tips are aplenty online. No tip is objectively better than other tips. Which tip you select depends on how much money you are earning, what your priorities are, etc. The 50/30/20 budgeting rule, for example, has been gaining traction lately. It is popular among people that have long-term savings plan.

But those who live in the now are not very fond of it. They can follow the 80/20 budgeting technique. It’s a great alternative to the 50/30/20 method. Those who follow this technique spend 80% of their earnings for grocery, bills, etc and save only the remaining 20%.

The purpose of saving

Most people get it wrong. They either save for a frivolous purpose or aren’t sure why they are saving. Saving for old age makes sense, but it should never be the sole reason for saving. If 50% of your total savings is sufficient to financially ease into retirement, the remaining money should be spent on some other purpose.

There’s little point of earning money if you don’t invest it. There’s a plethora of investment options. You can invest in stocks, real estate, precious metals, mutual fund and in lucrative saving schemes. Long-term saving schemes are better than short-term as the risk is relatively small with these schemes. Ultimately, it’s totally up to you to decide where you should invest. Do your research before jumping on the bandwagon as that’d help you reap the benefits later.

So what does earning money really means? As discussed here, it means living life to the fullest in the present and securing the future. Of course, one must be prudent and patient. If he lacks these two qualities, earning money will not mean anything at all.

How To Make Serious Money from Your Fitness Center

Make Money Without Even Leaving The House With These Fun Tips